Olympic magic rekindled thanks to army of volunteers

An army of ‘Shining Light’ volunteers, praised for rekindling the magic of the Olympic and Paralympic Games, are set to receive an official thank you from Lord Coe in a ceremony at the Queen Elizabeth Olympic Park on 27th July, the anniversary of London 2012.

The 70 ‘Shining Lights’ have each been nominated for their part in bringing the legacy of the Games to life, through Community Games – a nationwide programme of sport and cultural activities, delivered by the YMCA and County Sports Partnership Network.

The hardworking volunteers represent some 33,500 others across the country who, through Community Games, have helped to bring sporting opportunities to over one million people since London 2012.

Over the last few weeks, the volunteer achievements have been recognised with a 70 day Community Games Relay – which is mirroring the journey of the Olympic Torch, around England. Each day of the Relay a spotlight has shone on an area the Torch visited last year - highlighting the impact of Community Games in each region. (The route can be followed on www.communitygames.org.uk)

The Relay ends on Saturday July 27, timed to coincide with the anniversary of the start of London 2012 - at the Queen Elizabeth Olympic Park, London.

The ‘Shining Lights’ include 13-year-old Jamie-Lee Bamford who is being recognised for raising funds for a permanent BMX track to be erected in her village. The idea came about when Community Games organisers were hosting an event in her village. She asked them to set up a temporary BMX track but it was so popular during the event she later campaigned for a permanent one to be set up.

Jamie-Lee said: “Being celebrated as a Shining Light is an amazing opportunity for me and I am so pleased I have played a role in helping to create Olympic and Paralympic legacy in my home town.”

While Tina Ashby, from Luton, is being celebrated as a Shining Light for the selfless role she plays in her community.

Despite being in crippling pain every day due to suffering from chronic regional pain syndrome - which leaves the mum-of-three debilitated and sometimes wheelchair bound - the 38-year-old still finds time to bring her community together.

The former childcare business owner said: “It brings me so much joy to see people united through sport and cultural activities, and Community Games is the perfect platform to do this.”

The 70 strong group of Shining Lights will each receive a personal thank you from Lord Coe for helping to realise his dream of a nation united through sport.

Lord Coe said: “It is refreshing and uplifting to see that the Games Makers of London 2012 live on through the Community Games programme as Shining Lights.  They encourage people of all ages, abilities and cultures, to enjoy sport and cultural activities. They bring communities together and encourage a sense of belonging and togetherness emulating the national pride that we all experienced during the Olympic and Paralympic Games. I am looking forward to meeting the Shining Lights and personally thanking them for the role they have played.”

Lee Mason, Chief Executive of the County Sports Partnership Network said: “The number of Community Games registered so far has already surpassed the number of events run in the Olympic year. This is a clear indication of the legacy created by the Olympic and Paralympic Games. Community spirit lives on, demonstrated by an appetite for communities to come together through the 1,500 events on offer this year, and we hope that many more people follow suit and organise an event in their area.”

Denise Hatton, Chief Executive of the YMCA, said: “Community Games has provided many opportunities to young people inspired by the Games to give sports that they saw on the TV a go. We have been encouraged to see so many young people taking it upon themselves to organise Community Games events for the benefit of their community.”

Nick Hurd, Minister for Civil Society, said:  “We are pleased to be supporting Community Games in helping communities to come together to inspire, motivate and build relationships for the future. This could not have been achieved without the dedication of the Shining Lights.

It is a fitting tribute that the Shining Lights will be applauded for their hard work on the finale of the Community Games Relay and on the one-year anniversary of the Games. I hope others will follow in their footsteps and continue, for many years ahead, to keep the flame alive.” 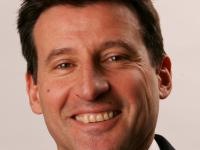