Jump to Navigation
Home › Family Fun Day in the Park ›

Family Fun Day in the Park

On Saturday 23rd June near in Worcestershire, the sun was shining in Palmers Meadow and there was a crystal blue sky - a perfect start to Tenbury’s Community Games.

The day included a vast variety of sport and games, which were competitive yet fun. The day involved games like tug of war, which was particularly competitive with many people desperate to demonstrate their strength. Others scrambled to victory in the sack race and yet more were fiercely competitive in the Judo.

The day was such a success that many children have now decided to pursue activities like judo and running and are going on to join the local clubs.

This was what the Community Games are about: the community getting together and just enjoying themselves. It was great to give children a chance to try sports they may otherwise not have tried and for the adults a chance to get to know one another better.

The day would have not been possible without the 12 volunteers that helped on the day and the local policing team that organised it. A massive thank you goes out to them from the local community for a truly enjoyable day. 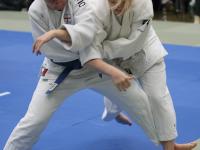