As hundreds of Community Games take place up and down the country, retailers are gearing up for another boost in trade in the run up to the Olympics. The recent Jubilee celebrations sent traders’ tills ringing to the sound of sweet success and they anticipate Community Games events will do too.

Retail giant Marks and Spencer benefited from a huge surge in sales during the Queen’s Diamond Jubilee. They sold more than a million packs of strawberries, and a third more Champagne and sparkling wine than at Christmas – pushing sales up a whopping 200% on the same week the year before. But that wasn’t all, 70,000 Queen Jubilee biscuit tins, more than 200,000 Jubilee teacakes and 1.2 million pork pies flew off the shelves.

With many Community Games being held during the London 2012 Olympic and Paralympic Games – it’s expected retailers will see another hike in sales over this period – as people come together to celebrate the largest sports event the country has ever seen. 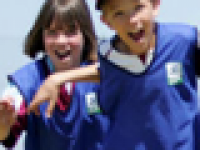